To understand perceptions
regarding contraception

To learn about Roma women's sexual
and reproductive health

Many Roma communities still observe some or all of their cultural traditions. Among these are taboos surrounding the female body.

Some specific features in accessing healthcare are not just based in Roma traditions but may be more broadly related to experiences in Central and Eastern Europe. UK healthcare staff need to be aware to ensure appropriate service provision. 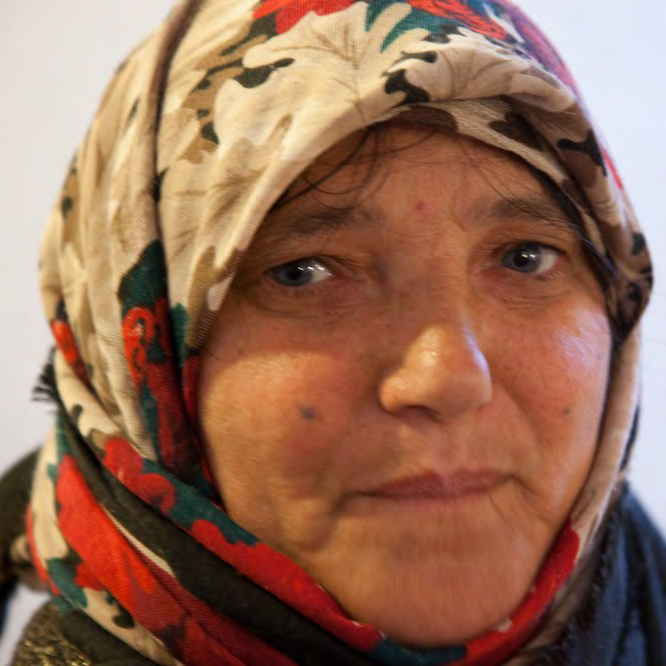 "Some criteria have to be borne in mind when analysing the issue of Roma/Gypsy women, including:

Bitu, N. 1999 ‘The situation of Roma/Gypsy women in Europe’
Council of Europe, Strasbourg 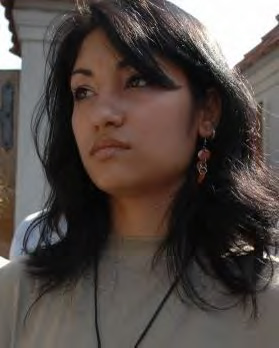 Gabi is now 25 years old. She has lived in England for twelve years, coming here with her parents when she was thirteen.

Gabi never went to school in the UK but she taught herself English and eventually went to college to study further.

When she was 19, her father introduced a young second cousin to her saying that, if Gabi was in agreement, he wanted to arrange a marriage with the young man.

Gabi liked the boy and a year later they married and left to live in Romania.

Whilst in Romania, Gabi went into hospital for an operation to help with severe menstrual problems.

After eighteen months and when Romania became an EU member state, the couple returned to help with the family car washing business in Birmingham.

After three years Gabi had not had a child and her husband’s family had taken her to their GP and arranged for Gabi to have an examination under anesthetic; this was done privately.

Later the specialist she had seen gave the family a report saying that Gabi was unable to have children.

What are the possible reasons for Gabi failing to conceive?

Through a medical charity I was able to get Gabi seen by a specialist at a Harley Street fertility clinic.

This consultant confirmed what the Birmingham doctors had said and gently he told Gabi that at some time her fallopian tubes had been cut and tied, making it impossible to conceive and also that the procedure was irreversible.

He took Gabi through her gynaecological history and the only time that this procedure could have taken place was when she went for the routine operation (a D&C) whilst in Romania. 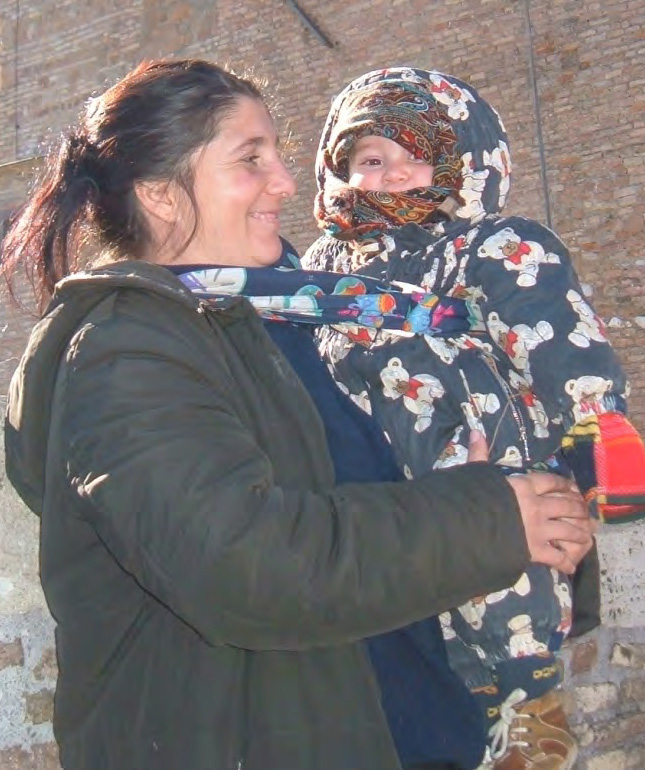 In a similar situation, Helena, a Czech Roma woman, who had given birth for the second time by Caesarean section, awoke to be told, not that her baby was well and thriving, but that she had been sterilised.

The practice of sterilising Roma women, especially when a Caesarean section is performed, lasted well into the 1990s with allegations that some coercive sterilisation surgeries took place as late as 2007/2008.

Such unrequested sterilisation of Roma women continues in other countries. There have been more cases of Romanian Roma women only finding out that they have been sterilised when they fail to fall pregnant after undergoing some routine gynaecological surgery.

As some survivors who have fled the Czech Republic/Slovakia now live in the UK, coercive sterilisation and its side effects are factors which should be considered in a sensitive manner by healthcare staff when interacting with Roma women.

This issue is important here because such practices inevitably impact on perceptions of healthcare authorities. As healthcare providers, it is important to consider the gynaecological implications and finally, the impact on the women and their partners of not having children in a society where family plays a central and fundamental role.

See the factsheet in the Resources section on Coercive Sterilisation Worldwide by the Open Society Foundation, 2011.

HIV/AIDS, other STDs and risk-related vulnerability 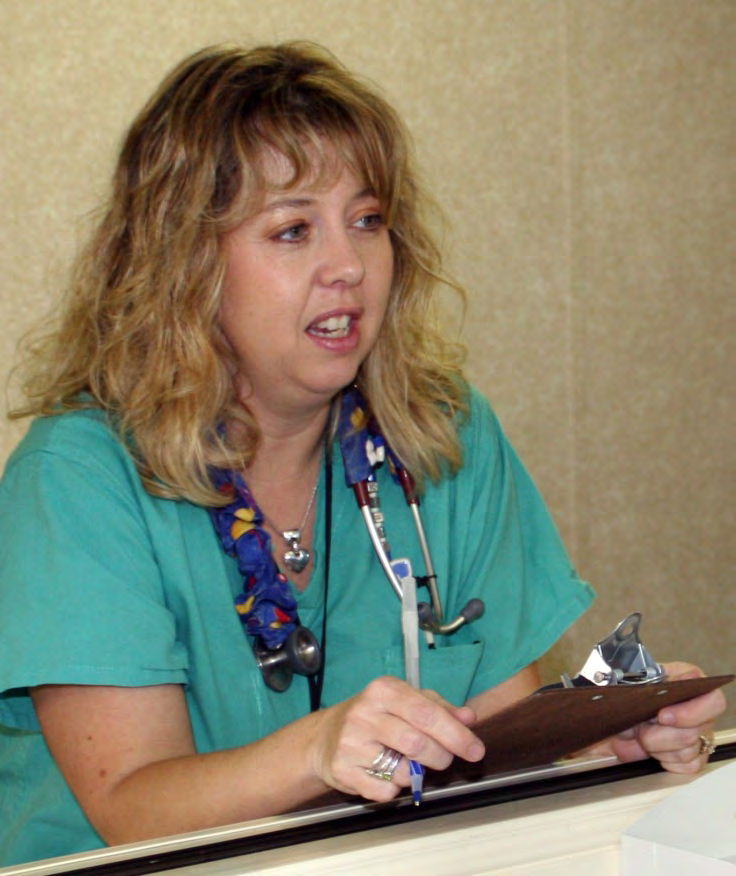 Gender dynamics mean that many Roma women are unlikely to be allowed to choose 'when, with whom, and with what protection, if any, to have sex.’

Rigidly defined gender roles, including the subordination of women to men in many aspects of daily life, are characteristic of many Roma communities. Roma girls whose families or communities adhere to traditions that equate a girl's virginity with family honour tend to place the responsibility for sex education on a mother-in-law or sister of a new husband.

The combination of poor access, discrimination and low visibility has meant that public health campaigns have not reached the Roma community.

There is little access to information amongst Roma on prevention and treatment of STDs and HIV/AIDS. There is limited or no awareness about transmission, prevention or symptoms. Irregular access to health care exacerbates these shortcomings in education.

Information on STDs including HIV/AIDS is of special interest to women, who are more vulnerable to STDs than men, and the consequences are more serious for them. Many STDs are asymptomatic in women so they go untreated; the presence of untreated STDs is a risk factor for HIV; as with STDs, women are at least four times more vulnerable to HIV infection.

Particular emphasis needs to be placed on the education of adolescents and young people.

There is an urgent need for the development of HIV prevention programmes culturally sensitive to Roma populations from Central and Eastern Europe, where HIV rates are rapidly rising.

Roma adolescents may be particularly affected by traditions and gender roles that impede access to information on sexual health. Generally, ignorance about STDs and HIV are likely to be widespread among adolescents and young people - the very groups who are likely to be more sexually active than others, and who have poor access to STD services.

Breaking the Barriers: Romani Women and Access to Public Healthcare, 2003

Use the information in this unit to consider what you could do if you...

A holistic understanding of the situation is fundamental to accurately being able to classify and support those who need it most.

TS4SE can help you to reach your communities